Maeve has given herself permission to have one dummy in her mouth and one in her hand during the day.

‘We’re playing babies,’ she tells me when I remind her that dummies are (strictly) for bed. She quickly crawls across the lounge room floor towards Elsie and says, ‘Wah, wah.’

‘You’re a big girl, Maeve,’ I tell her again in preparation for the get-rid-of-the-dummy-from-the-two-year-old day. ‘Dummies are actually for babies.’

‘Well I’m a big girl and I have a dummy,’ she replied.

This week she came out of the bedroom with a dummy in her hand and one in her mouth. Guilty. Elsie’s at school; there is no game of babies going on.

‘What are you doing with a dummy in your mouth?’

‘I was just cleaning it.’

Cleaning it? If you’re old enough to think on your feet, you’re definitely too old for a dummy. We’ll see if getting rid of Maeve’s dummy is as easy a process as it was for Elsie. 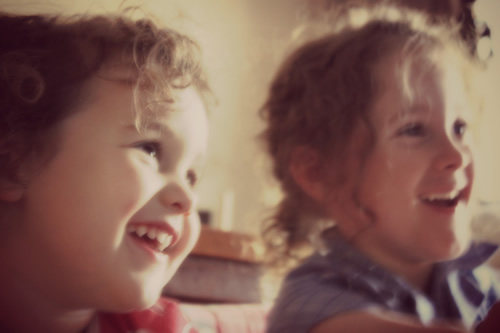 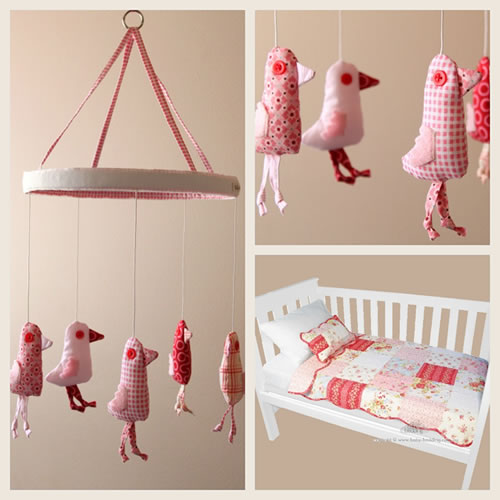 She asked if I’d make her a bird and off she went, returning with a piece of paper and a texta.

‘Here’s the design,’ she said.

So I made a pattern from her drawing and she chose the felt colours she wanted. She sat at my knee while I sewed one pupil onto one eyeball. Then she asked if I’d let her know when it was finished as she was going to watch TV. 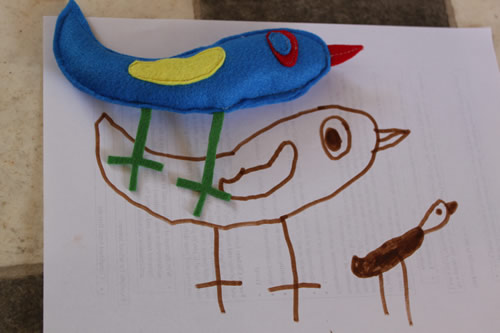 And when it was finished, I took it to her. And she held it while she watched TV. And I congratulated myself. 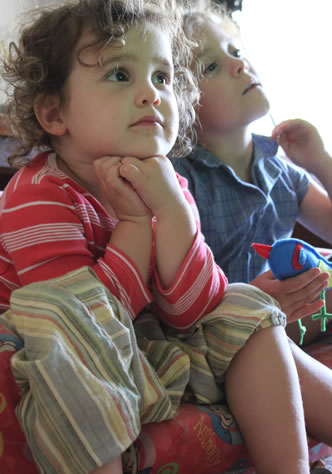 School is still a big hit for Elsie. Some days she still squeals when she sees the bus coming. I’m pretty sure that will stop at some point over the next 13 years.

And today, I cried again as I looked up at the bus window to see Elsie standing at her seat, smiling and waving like crazy to Maeve and me. I’m hoping that will stop at some point over the next 13 years.