I moved my butter knife gently and smoothly across the surface of the margarine. Once it was evenly coated with just the right amount to cover one slice, I spread it on the toast, not too thin, not too thick, ensuring all surfaces were completely and evenly covered and no margarine remained on my knife.

Anthony had long finished buttering his, left the steak knife he’d used sticking out of the margarine like a flag and had taken a bite.

My brother and I looked at each other, mouths open, not a word. I pressed my lips into a line that said it all:

This is the same brother that agrees sausages should have sides. To me they kinda do. Eight sides that need to be evenly cooked. And heaven forbid they sizzle into a curve and you can’t cook some of the sides.

Once I put my tongs down (for just a second) and Anthony stepped in to help turn the sausages by shaking the frying pan.

That’s like up-ending a game of Monopoly that your children have been playing for hours.

Anyway, I’m painting the picture. I think you’re starting to see how it looks.

If a job description asked for someone with ‘attention to detail’ and Anthony and I were both applying—they’d want to employ him and they’d offer him a different position.

Today we made salad sandwiches together at lunch time and I didn’t say a word as he went about slapping ingredients haphazardly onto the bread. There are steps involved in making a salad sandwich. They need to be followed.

It’s quite simple and it makes perfect sense.

Anthony likes to talk, but is not great on detail. I love detail, but I don’t like talking that much (poor Elsie got the combination of both; a love of talking and a love of detail so she can make one observation about something last the entire 15-minute journey into kinder).

We both found hilarious a comment by a comedian on TV last night. He said something like “No man has ever said to his wife, ‘Can you just go through that once more, this time in a bit more detail.’”

And today, as we celebrated our 8th wedding anniversary, we reminded ourselves of how we complement each other and of all the cool times we’ve shared. 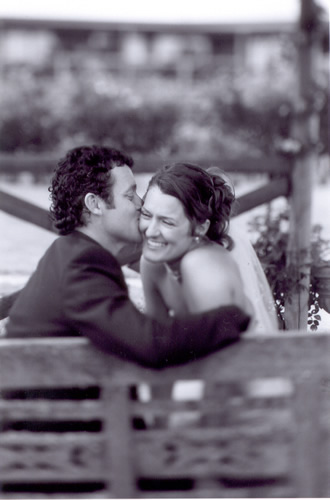 19 thoughts on “Attention to detail”