I was lucky enough to have one of my mobiles featured in a new magazine Little Locals – parenting in Central Victoria (find them on Facebook). 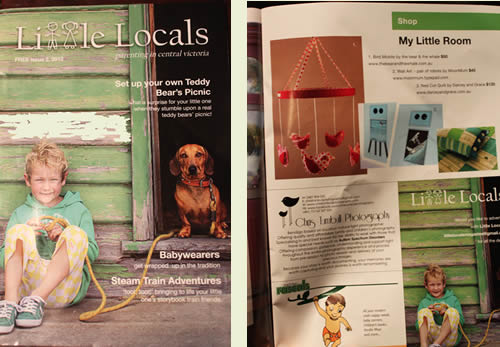 Inspired by the photography on the front page and throughout, I dressed the girls in their jersey dresses and went down the road to the old church for a photo shoot.

It was much like the one I did in the canola crop with the same visions of resulting magazine-worthy photos, but instead of heat and flies, it was bitterly cold winds and long grass with those things that stick on your tights as you trudge behind your mum and hear her say, ‘Wow, how cool. Isn’t this fun?’ 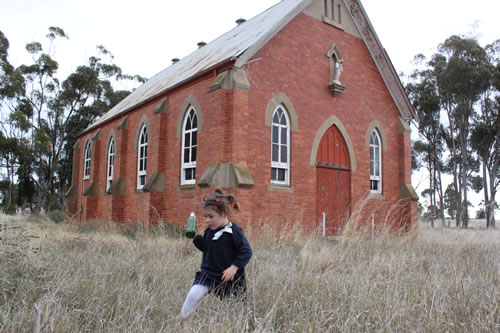 I asked her as we were getting ready to go exploring whether she’d like one pony tail or two pigtails. She said, ‘Heaps. I want heaps.’ So heaps it was. And I hoped if I did get one magazine-worthy photo, that I’d be able to Photoshop some of the pigtails out. 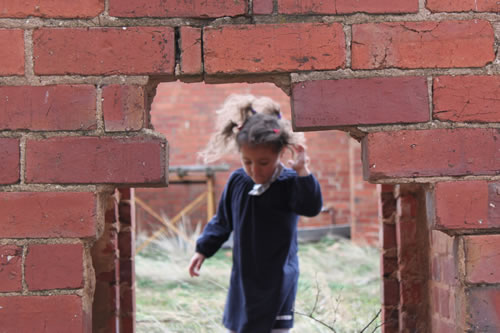 Not that I have Photoshop. But if I did, I’d have used it – remember at the end of last year when I went for a walk with my Alphasmart tied on to the empty pram with rubber bands? Well that part was true, but obviously the photo needed to be staged afterwards. I came back from my solo walk and found Anthony and Elsie playing on the front lawn.

‘Jump in, Elsie,’ he said. ‘We’re going to take a photo of Mum pushing the pram,’ and we walked out to the side of the house to re-enact my walk.

It wasn’t until I downloaded the photos that I saw Elsie’s head in the pram: 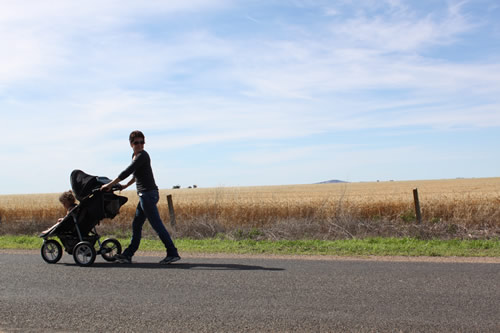 Photoshop may have been handy there to paste a circle of wheat crop the same size as her head, but instead I used the good, old-fashioned crop tool to cut her out. 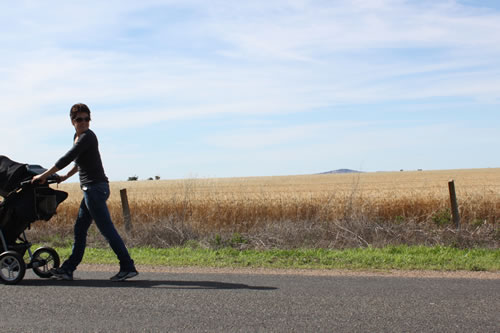 Now, where was I?

Heaps of pigtails and all, this is the one good photo I got: 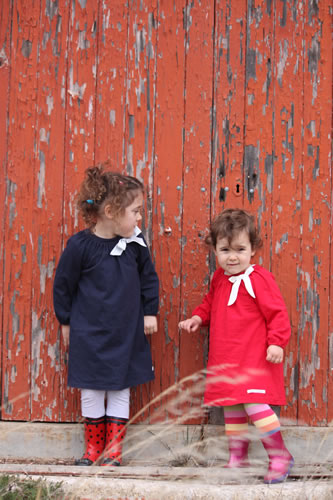 Plus this one of Maeve which is a nice one to advertise that my jersey dresses are again available in red: 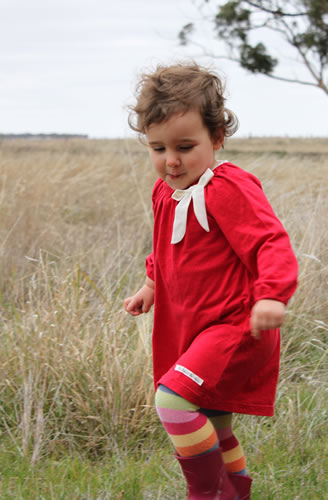 And like the canola shoot, Elsie had a turn at being the photographer: 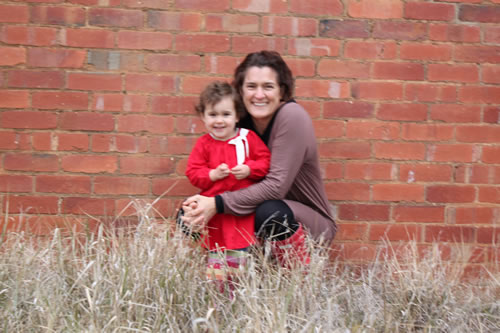 Today it wasn’t her boots and socks that Maeve popped away in the cup cupboard. But this doll, just kickin’ back: 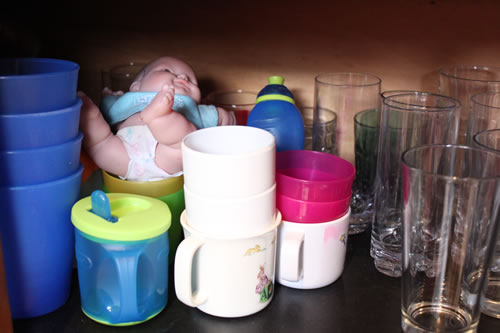 You know how people always repeat funny things that their kids said. Usually as their Facebook status. Well I’m going to put this one in here because it was funny.

Elsie drew this picture today and told me, ‘This one with is the captain and this one is part of the crew. 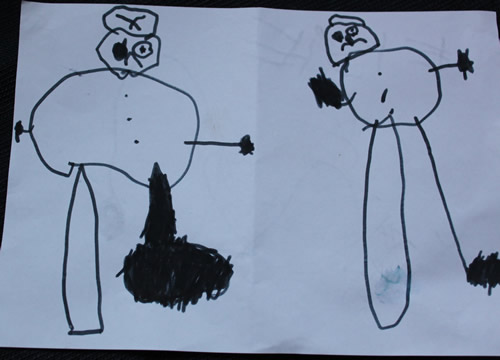 I drew an X to look like a skull and crossbones and a sad face to make them look cross.’

Then she turned to Maeve and said, ‘Guess what this is, Maeve. It has an eye patch, a peg leg, it sails the seven seas and it goes “Arrgh”. Do you know what it is, Maeve?’

‘Treasure,’ Maeve replied (which is worth a point, I thought).

Elsie laughed and said, ‘No it’s not treasure. It has an eye patch, it sails the seas and it says ‘Arrgh’. Do you know what it is, Maeve?’

Which consequently brought her score back to zero.