I learnt a lesson from Elsie today. I was trying to channel my inner housewife but there was so much I would rather have been doing this morning than trying to thicken runny relish (like sticking pins in my eyes). But I really love eating relish and so I’d vowed to turn this 10kg box of tomatoes into a delicious accompaniment-to-just-about-anything. 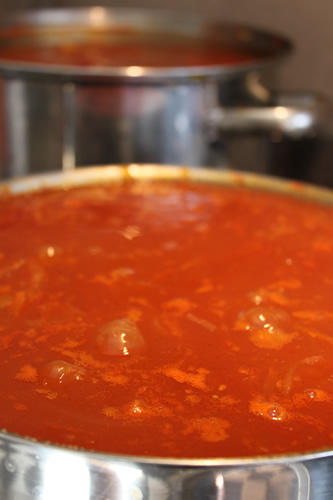 I wasn’t scared off by my first sauce-making effort—there’s no straining involved in relish compared to sauce (but worse—there’s peeling)—the reason I chose relish above sauce is because it’s dual-purpose – I use it out of the fridge as either and sometimes I cook particular things just so I can have relish with it.

Yesterday I cored and scored and boiled and peeled those babies until I was just about screaming. Then—relief. The recipe said to let them all sit, sliced, with the onions and salt for 12 hours.

I couldn’t wait to get out of the kitchen.

This morning it was time to boil it all up (note to self: perhaps next time don’t do this on a kinder morning). While it was boiling I found the cardboard box of empty jars in the garage and I cleaned and sterilised them.

By then I was really starting to resent that white foam box on the kitchen floor with its annoying quantity of 1.5kg of tomatoes left.

This is fun, I tried telling myself. I started thinking about all of the $8 jars of relish I’ve bought at different markets and of all the people who selflessly slaved over the relish with blowflies at their back door, only to give it all away for fundraising on a stall. I was going to sit on my filled jars of relish like a clucky chook on a batch of eggs. It was mine. All mine.

As I tried the fourth different lid on a filled jar, I started telling Elsie about the Wiggles, and how Greg isn’t sick anymore so he can come back in and that means Sam won’t be in the Wiggles anymore, which I think is sad because I really like Sam.

And Elsie said, ‘Well I think it’s sad that Greg got so sick. And I’m glad that he’s better.’

Relish anyone? I should be giving it away with the same happy, thoughtful, selflessness that our four-year-old showed right then.

It reminded me of the Dalai Lama’s wisdom:

“Our prime purpose in this life is to help others. And if you can’t help them, at least don’t hurt them.” ― Dalai Lama XIV 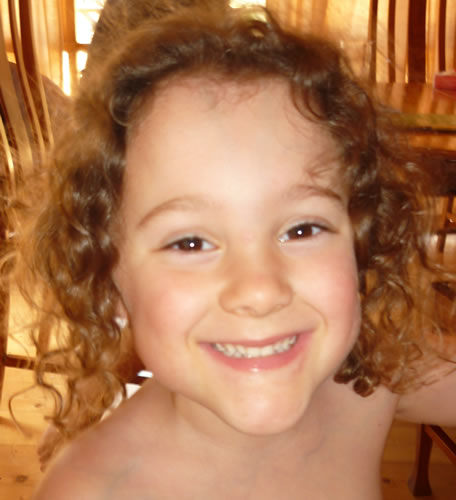 2 thoughts on “Be for others”