I took Elsie and Maeve into our canola crop for a ‘photo shoot’ wearing their new summer dresses. I thought it would be very magazine-like.

I’ve read about large apertures and slow shutter speeds and greater depths of field, all that sort of thing, but to be honest, it doesn’t matter how many times I google it and read it again, I just don’t get it.

Any good photos I have of the girls were taken by accident really; it’s all about ‘point and shoot’ mode for me. Although. I do also like the Action setting on our camera. I can get 19 successive photos of Elsie running towards me and then can’t bear to delete any of them because she just looks so cute in each.

So we set off after lunch and played ‘What’s the time Mr Wolf’ in the canola and pretended to be tigers in the jungle. I did a few little extra loud roars and claps in case any snakes happened to be slithering around amongst the canola. (Is there any truth that you’re supposed to clap and walk heavily to scare them away, or is that an old wives’ tale?)

May I mention here that it is hard to clap loudly while carrying the camera and a baby on your hip?

Maeve wasn’t into the photo shoot so much. I may have known what sort of outing it was going to be by the way she reacted when I tried to take the cucumber from her at the start of the shoot.

But if you know what a crop of canola smells like, despite how pretty it looks, you’ll know why there are so many flies around one. As I said, Maeve wasn’t rapt to be a model in my imaginary magazine spread.

So I snapped away as many and as fast as I could. 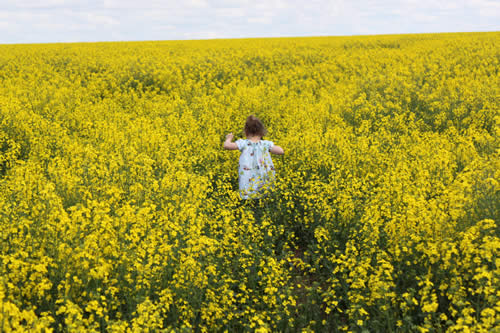 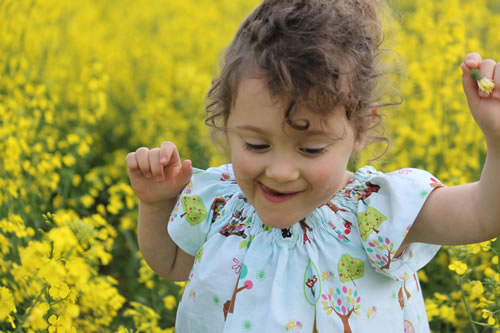 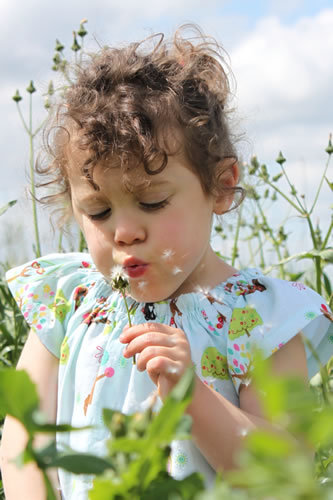 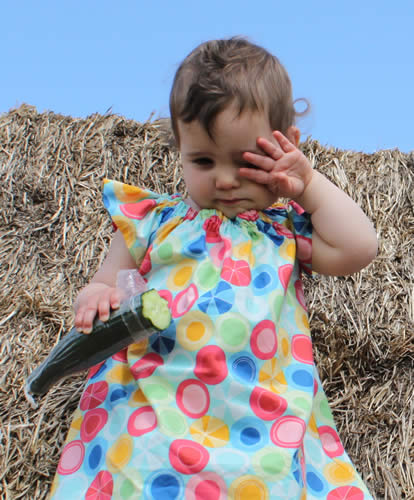 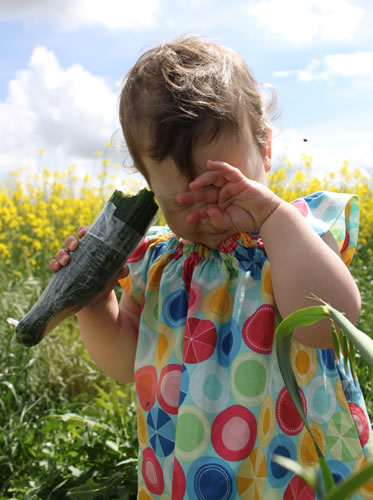 Then Elsie wanted to take some photos.

And now I have a set of 19 successive photos showing a fly coming across and landing on Maeve’s lip, before being shooed away.

3 thoughts on “Photo shoot in the canola crop”