Today we honour the million babies worldwide who died this year because they were born too soon, and the 12 million more who struggle to survive. November 17 is World Prematurity Day, raising awareness of the serious problem of premature birth and helping to give our smallest world citizens the healthy start they deserve.

A global alliance of organisations and their members launched World Prematurity Day to focus everyone’s attention on this serious problem and to fight, because babies shouldn’t have to. 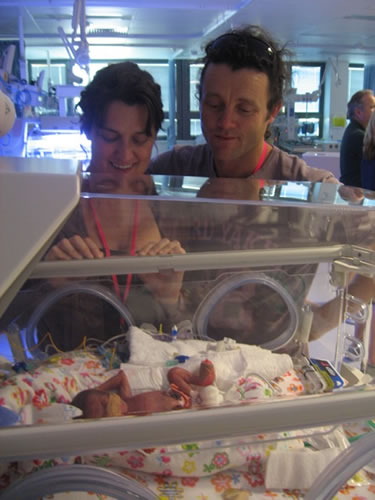 A bittersweet day then to find out that my story of Elsie’s premature arrival (Flame of hope) ‘has won a very prestigious writing award’. That was Anthony’s description of the 2011 Wimmera Regional Library Corporation writing competition!

There were two sections. I entered the story in the adult open section for a couple of reasons; firstly, I’m an adult. Secondly, the other section asked for stories about why you live where you live. And strangely I didn’t know what 2000 words I might write on that subject. Why do I live in Australia? Why in the Wimmera? Why this farm or why this house? I’d have had to think long and hard and there wasn’t the time before the competition closed, so I flung my only short story their way.

Anthony suggested I’m a bit like a one-hit-wonder (we both thought that was incredibly funny. And true…); I’ve entered Flame of hope in four competitions now. It was short-listed in one, long-listed in another, and now, (yay for me, insert happy chest-puffed-out-I’m-an-award-winning-writer dance) has been announced the winner of this one. An abbreviated version of it also appeared in the LittleONE baby magazine (Issue 2 2009) after they asked for submissions on premature babies. 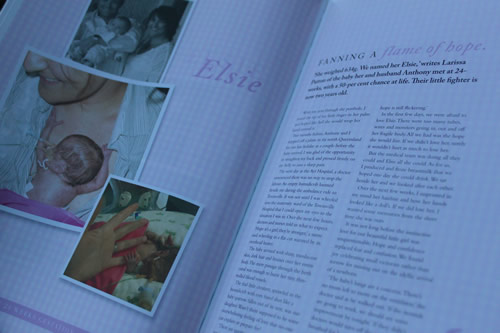 Weren’t we lucky to be able to conclude our story on a positive note? That of the 45,000 babies in Australia admitted to neonatal intensive care and special care units each year, we got to bring ours home.

Today we honour all of our amazing children.

When it came time for us to bring Elsie home from hospital, Anthony had already been home for a few weeks to start harvest, so I drove Elsie home from the hospital after five months away. And this was what greeted me on the edge of our town:

That’s why I live where I live.